This post may contain affilliate links.
We purchased it the day of it’s release. I bought the PDF version, and I will show you later on in this post how we use it.
I bought it for my 3rd grader to learn his multiplication facts, but all my kids like to join in with him!
In this post I’m going to give you a run-down of Musical Multiplication, how it works, and how we use it in our home.
I will not receive any money to give this review. I love this program, and I want to share my excitement with you!

What is Musical Multiplication?

Musical Multiplication was created by Jenny Phillips. The creator of The Good and The Beautiful. She took multiplication facts, and turned them into 37 beautiful songs! Not all the facts are covered. Only the harder to memorize facts.
There are beautifully illustrated booklets that go along with each multiplication fact song. (Illustrated in watercolor!)

Musical Multiplication has 4 sets of multiplication facts. Each set has one song for each fact, and the booklets go along with each set. The songs are really catchy. I even find myself singing them throughout the day!
Your child will listen to the song while looking at the corresponding illustration. She recommends doing it 3x per day, and only doing one set at a time until they master them.
At the end of each book, there is a flip-book flash cards for the facts. The flip-book is used for reveiw at the end of the songs.
Watch this video to see how it works. (video is at the bottom of the page.)

How We Use It In Our Home

As I mentioned earlier, all my kids are joining in on Musical Multiplication. Their ages range from 11 to 3. My oldest 2 kids already knew their facts, but they thought the songs were fun. More practice can’t hurt! It has helped them solidify the harder to remember facts in their minds.
We did not order the physical set, so we pull up the booklet on our computer. Then pull up the song. It’s been working well for us this way. I saved the file onto our desktop so the kids have easy access to it.

We also don’t stick the recommended schedule. We only do it once per day -or 4 days per week.
In about 4 weeks my son learned all of Set A and is now working on Set B. And my oldest kids are on set D.

Should you buy it?

I would recommend Musical Multiplication to anyone who has kids that need to learn their facts. Even those that just want to brush up on them. It’s really affordable and definitely worth a try!
Check out what we are using for our 2019-2020 Homeschool Curriculum.

Any more questions? Leave them in the comments! 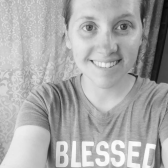 More from this Author

Thank you! You have successfully subscribed to our newsletter.

Find what you’re looking for?